I saw an advertisement at the BJ Complex bus stop two days ago. There is a promotion from rapidPenang in conjunction with its 7th anniversary where you can exchange your used tickets for a free 3-days bus pass. The promotion is only valid during this month from 1 September to 30 September 2014. 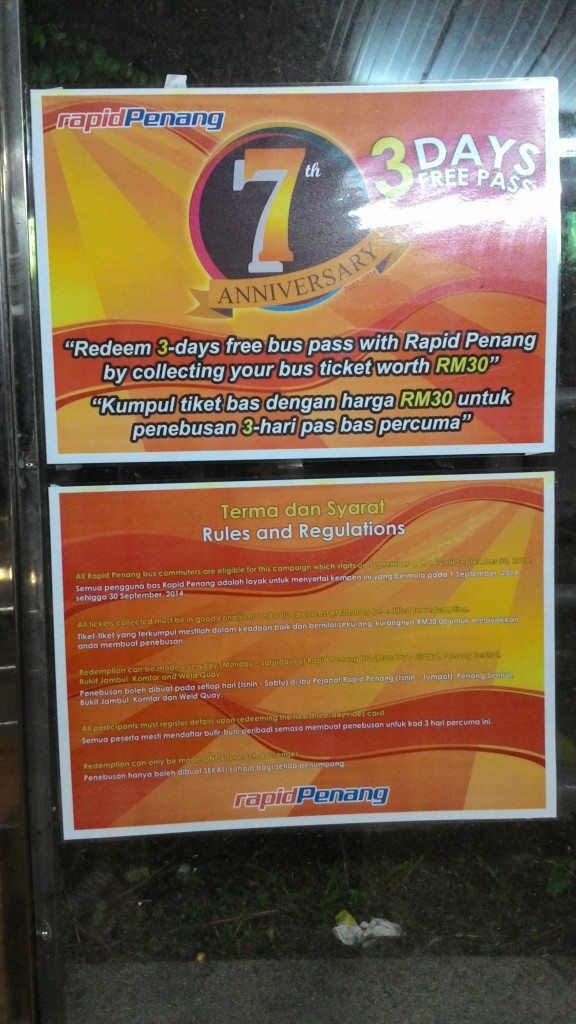 I am a frequent Rapid Penang bus rider. Over the years since I started working at Penang in April 2012, I collect all the bus tickets that I bought. The collection of the used tickets that I have does not represent the total number of bus rides because I lost some of the tickets. However, it still represents about 90% of the total bus rides. 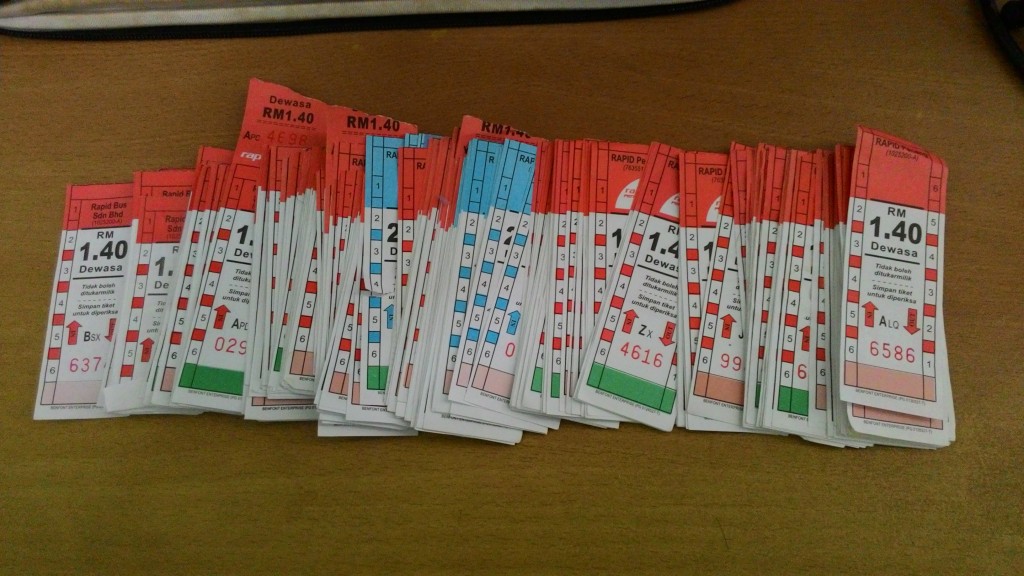 I did a quick count this morning and here is the result for my collection of used bus tickets as of today:

According to the rules of the promotion above, I can exchange for 11 free 3-days bus pass (330.80 / 30 = 11)! However, each passenger can only redeem once. So if there is anyone who plans to visit Penang during September or anyone who wants the Rapid Penang 3-days bus pass, please contact me. 🙂 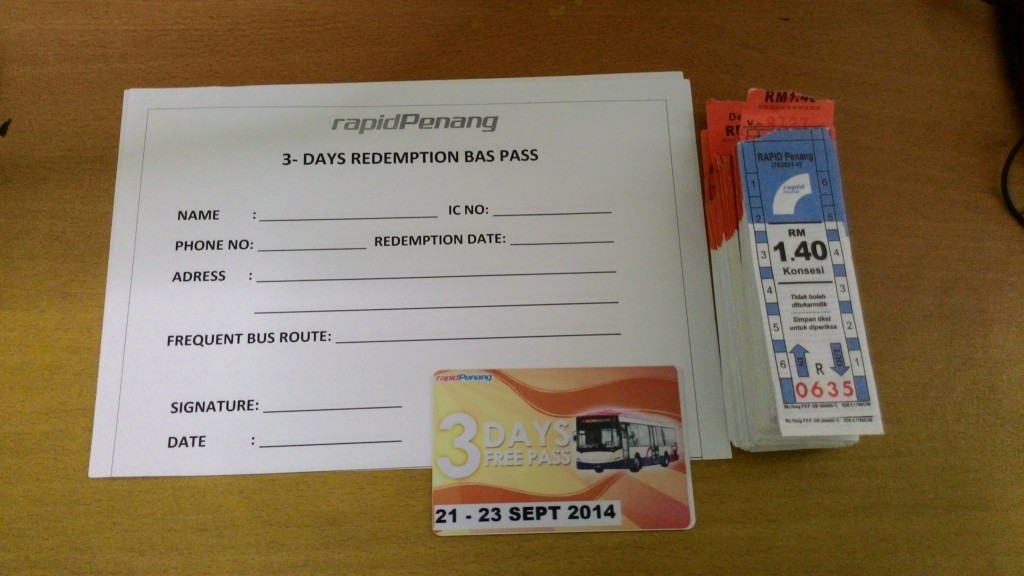 All I need to do was to fill in a simple form (shown in the image above) and hand in RM 30 worth of used tickets to staff and I got a 3-day free bus pass in return. I chose the start date as tomorrow: 21 September 2014 till 23 September 2014. So I can go anywhere within Penang island during these 3 days by bus for free.