Two weeks ago, I was told by a friend that there was a programming contest happening on a website called CodinGame.

That was the first time I heard about CodinGame. It is a gaming platform for developers. I never knew such website existed. Last time, I used to join the programming contests organized by my department in my former company and it was fun. Now, there is a website offering the similar experience: write code to play game. It is very addictive.

There are actually many such websites providing competitive programming service and CodinGame is one of them. I was just too ignorant to not know about their existence earlier. CodinGame was online since 2012.

If you were a programmer, you could improve your programming skill by playing games at CodinGame. I admit I learn great things working on some of their puzzles.

They organize programming contests every few months and you could join them for competing among other top programmers around the world (most programmers are from France since CodinGame is a french-based company). The last contest (Code vs Zombies) that I joined was on 29 November 2015 that lasted for 24 hours continuously. Most participants were really gurus who managed to extract most scores from the game. I only managed to score 58720 points and ranked 760 out of 3963 participants who managed to submit their solution before deadline. The winner scored 997k (!!) using a random strategy. 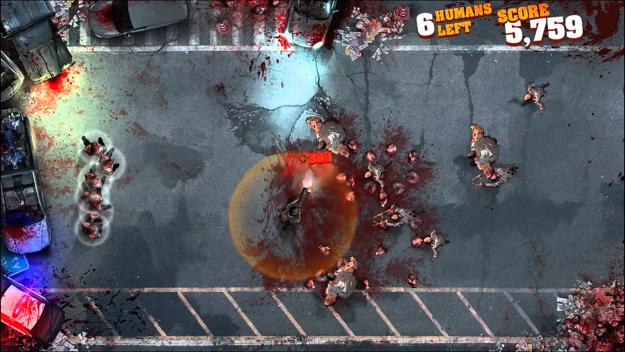 If you didn’t want to join the contest, there is another way for you to have fun: by going to their game section and solve the existing puzzles anytime convenient to you. The puzzles are categorized into four levels: easy, medium, hard and extreme hard.

Today, two weeks later, I had tried most of the puzzles. I can tell that most of the puzzles took time to solve (at least a few hours to days for some puzzles). The difficulty is range by simple programming concepts like if-else (easy), more complex logic and data structures (medium), the application of known algorithms (hard) to artificial intelligence (extreme hard). It is impossible to solve some of the hard and extreme hard puzzles alone without resorting to external resources (like wikipedia).

You can use most of the popular languages (more than 20 languages supported) to solve the puzzles. Each puzzle solved earns you certain coding points which is used for ranking.

Right now, I am ranked 779 out of a total of 276387 users. The ranking will drop each day if I didn’t continue work on new puzzles since everyday there are new comers overtaking you.

There are other features like clash of code and multiplayer games that I haven’t tried yet. You can explore them for yourself.

The main purpose of CodinGame is to link coders to companies. The job store section has a list of job openings from participating companies. However, almost all of them are European companies. The only Asian company is from Hong Kong.

I found that not many Malaysians are participating on the site. Only 936 Malaysians users out of 276k total users. This translates to only 0.34 % of total users. Hopefully more people (especially programmers) can benefit from this platform. The best way to learn is to have fun while learning. 🙂